Being a professional player is not just about football

“You can see the difference in technique between a player who went to the Academy and one who hasn’t. The way they kick the ball, the power, the technique, the tactical side of things. The Academy teaches you all of that at a young age. I was taught these things when I was 13 years old,” says Ronwen Williams, goalkeeper for SuperSport United.

Spotted at a school tournament at the age of 12 by scout Godfrey Mosoetsa, Ronwen was invited to move from his hometown in Port Elizabeth to the SuperSport United Academy in Pretoria. “When I was selected, they told me I’d only have to bring my toiletries, everything else was taken care of. From school clothes to soccer boots and gloves, everything was provided,” he says. Being so young, it was difficult leaving his family and friends but before long, Ronwen had made lifelong friends and was enjoying everything the programme had to offer. 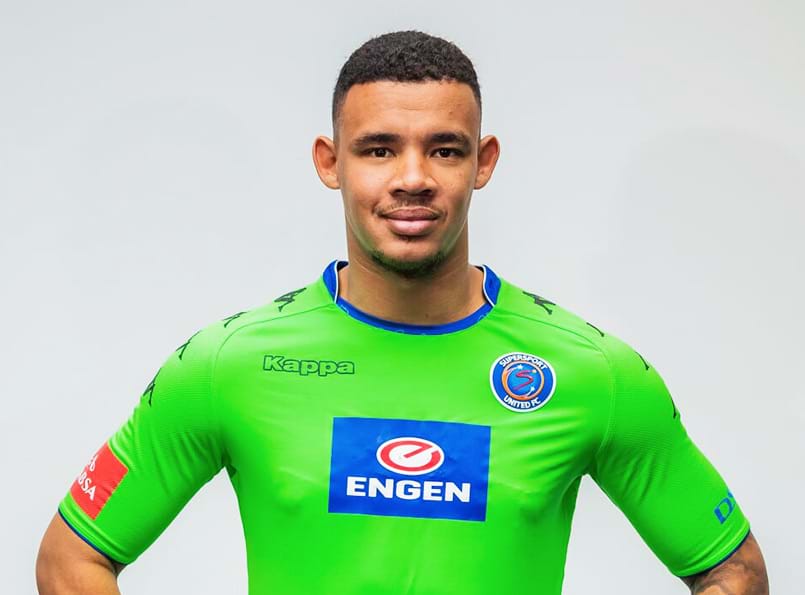 I knew I was good, I knew I loved soccer, but I never knew I could make it as a professional player or how to handle actually being one

PLOT TWIST | A GREAT SAVE

“I started playing with the first team when I was 16 years old,” says Ronwen, explaining that this would be on the odd occasion in school holidays or when his schedule allowed. Once he’d matriculated, he was identified as a promising player and started practising with the first team, playing in the Vodacom and Castle Leagues until securing a full-time spot at SuperSport United in December 2010. “Signing for the first team as such a young player, especially as a goalkeeper, was a standout moment. I made my debut when I was 18 years old,” he says. During his time with Matsatsantsa, the team has won a number of domestic cups. Ronwen has also played for the national team on numerous occasions and has signed a sponsorship deal with Adidas.

CLOSING CREDITS | BACK OF THE NET

“I knew I was good, I knew I loved soccer, but I never knew I could make it as a professional player or how to handle actually being one,” Ronwen says about the life-changing experience. The SuperSport United Academy prepared him for a life of pro football and taught him that – through hard work – he could maintain a sustainable career. “Being able to support my family at such a young age shows the dedication I’ve put in.” Besides honing his skills on the field, Ronwen has gained life skills, strong friendships, networks and a sense of belonging. “Being a professional player is not just about football,” he says.