On Mandela Day in 2017, MultiChoice Making a Difference teamed up with Habitat for Humanity to build a home for Daphne Mashele.

She and her grandchildren used to live in a single-roomed shack in Orange Farm near Johannesburg. Daphne herself has lived in the shack since 1994. We thought it was time she and her family had a house they were proud to call home. So between July 17-21, a team of MultiChoice employees, led by CSI manager Hloni Nkhabe, built her a new house.

The new home gives Daphne and her grandchildren all the basics that people take for granted – solid walls, electricity, privacy and dignity. She hopes the new house is more conducive to her grandchildren’s studies, who want to become police officers in the future. They no longer have to work by candlelight or endure cold nights while finishing their schoolwork. 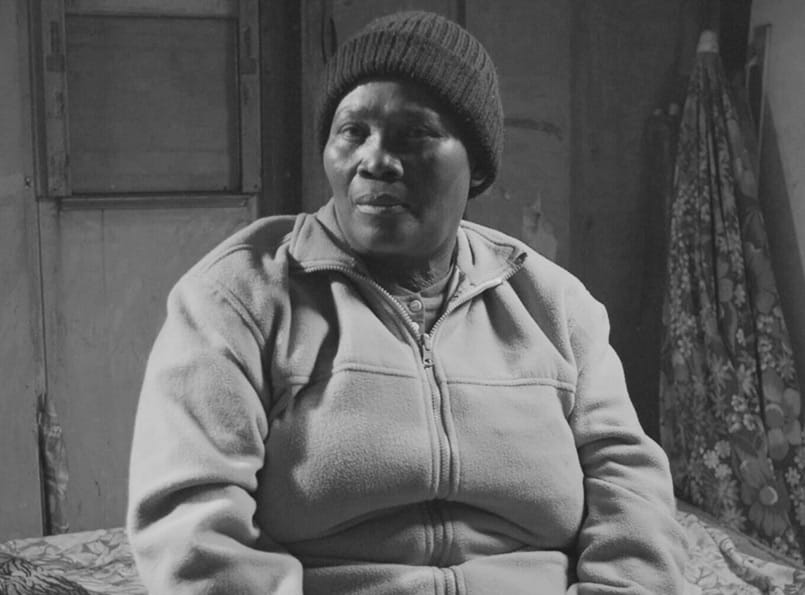 I’m so grateful to Habitat for Humanity and MultiChoice for making my dream come true.

An emotional Daphne says: “It’s always been my dream to become a homeowner. I don’t want to leave this earth without providing a proper home for my grandchildren. I’m so grateful to Habitat for Humanity and MultiChoice for making my dream come true.”

Giving back is a critical part of what makes the MultiChoice story. We do what we do so that we can pay it forward. Playing a role in such a joyous moment in this family’s life is one of the highlights of being a part of MultiChoice.

It’s always been my dream to become a homeowner