MultiChoice Group and its partners use cookies to help deliver services and for advertising purposes (see details in Privacy Policy ) By using this site you agree to this. You can change your cookie settings in your browser.
Media: 24 January 2020

MultiChoice Nigeria, through its flagship creative shared value (CSV) initiative, MultiChoice Talent Factory (MTF), kicked-off the New Year with another Masterclass. The Steadicam Operations Masterclass, which was held in Lagos on Wednesday, 22 January. 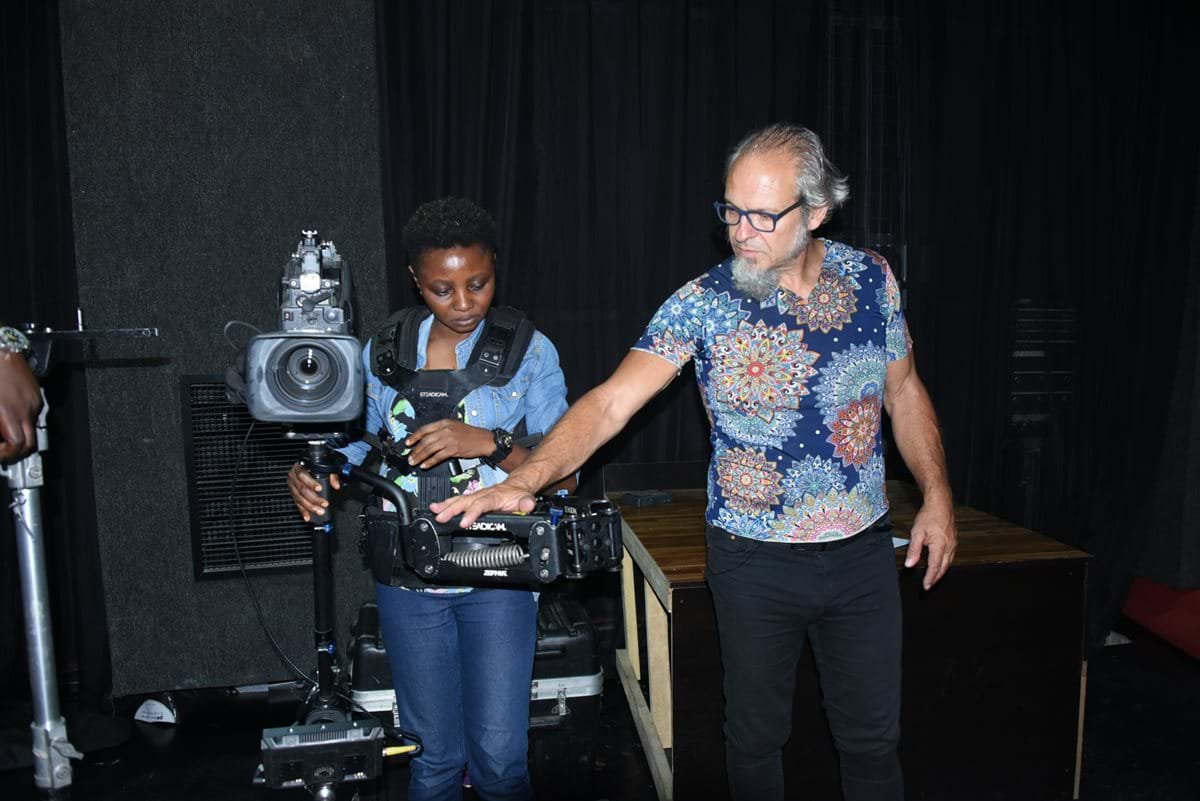 Speaking prior to the upcoming masterclass, Femi Odugbemi, MTF Academy Director, West Africa said, Ari de Beer, an international award-winning cameraman will be at the masterclass to teach participants drawn from various bodies across Nollywood on new techniques of Steadicam operations.

Odugbemi, who explained that Ari has being in the camera department of the film and television industry for about forty years, started off as a specialty props maker after having been a tailor, patternmaker and designer in the garment industry. Ari’s crave for knowledge has also made him to develop interest in various fields which include; diamond prospector, motorcycle and car builder among others.

The professional cameraman is the first Steadicam operator to be awarded the highly sought-after Visible Spectrum Award for Steadicam operation. His reputation as a hand-held camera specialist took him around the world. Today, this professional Steadicam Operator has to his credit many international films, commercials, documentaries, live television shows, sports productions and most productions across the board.

Odugbemi emphasized that MultiChoice will continue to improve the skills of talent in the film and television industry in Nigeria and the success of these MTF Masterclasses will, over time, deliver a more professionalized, networked film and television industry across Africa and an expanded community of highly skilled professional who are passionate about creating quality home-grown content.

Participants of the masterclass had a minimum of 5 years’ experience as cameramen and where drawn from across the spectrum of the industry, with delegates from leading Nollywood professionals across the country.