MultiChoice Group and its partners use cookies to help deliver services and for advertising purposes (see details in Privacy Policy ) By using this site you agree to this. You can change your cookie settings in your browser.
Media: 16 March 2020 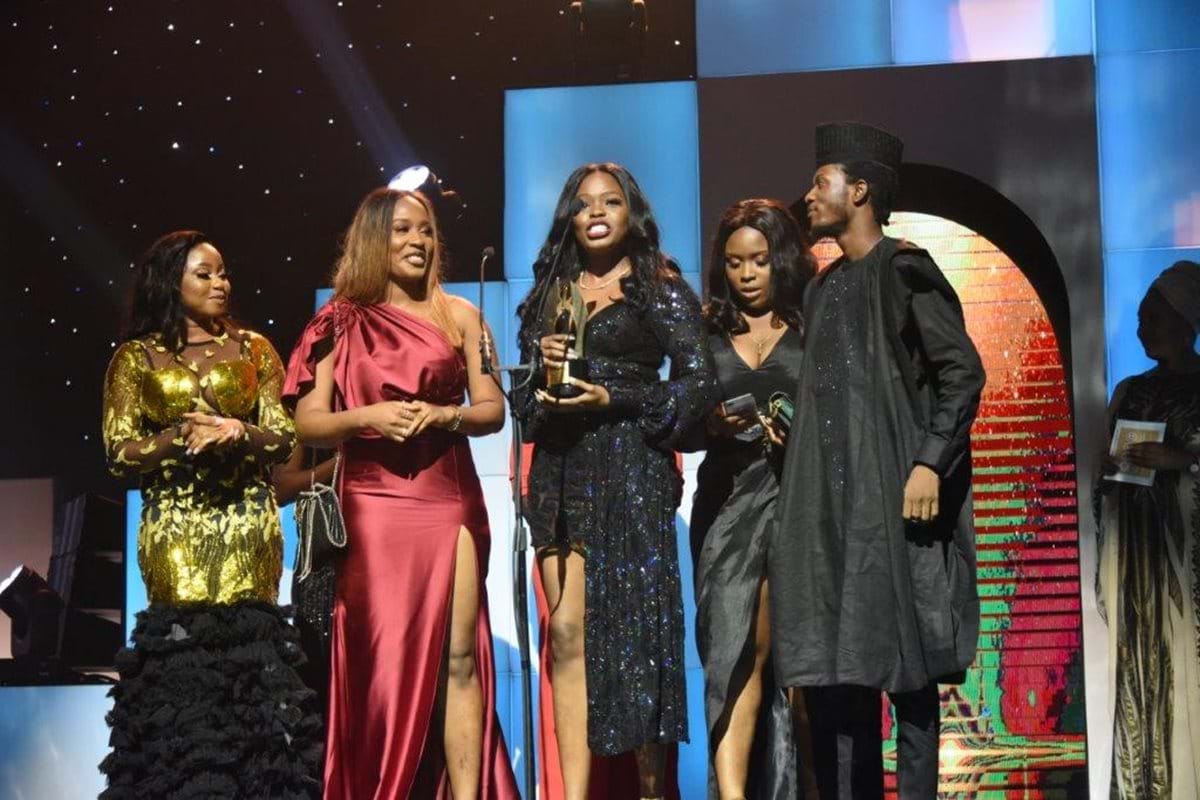 There was a roar of excitement as MultiChoice Talent Factory (MTF) Alumni took to the stage to accept the MultiChoice Talent Factory Award for the Promises, a film by the MTF East Africa Academy. The announcement was made at the 7th edition of the Africa Magic Viewers’ Choice Awards (AMVCAs) in Lagos, Nigeria on Saturday, 14 March 2020. Hosted by IK Osakioduwa and a new co-host, Amina Abdi Rabar it was an evening of glitz and glamour with Africa’s crème de la crème of the film & TV industry.

Promises is moving story about a boda-boda driver who struggles to raise his children after the death of his wife during childbirth. The film was directed by Casey Lugada & Karanja Ng’endo, produced by Jane Moshi and Fisehatsion Nibret was the Director of Photography (DOP). “All the films nominated in the MTF category were remarkable for their technical experience and their storytelling. The winning film from East Africa, Promises is an especially poignant tale, told with verve and strong visual aesthetics. It signals a great future for visually storytelling in African cinema,” says Femi Odugbemi, AMVCAs Head Judge.

When asked about the Promises win, MTF East Africa Academy Director Njoki Muhoho had this to say “This win is a confirmation of the passion, energy, enthusiasm, hard work and teamwork that was exhibited by the team. The MTF East Africa Academy team couldn’t be prouder. May the MTF experience and this recognition by the best in the industry be a catalyst for these young creatives to ignite Africa’s creative industries.”

Promises was among six films in the newly launched category, which aims to reward excellence in storytelling and provide a platform for alumni of MultiChoice Talent Factory (MTF) Academies, MultiChoice Africa’s shared-value initiative, with academies in West, East and Southern Africa. The other films nominated were DreamChaser (West Africa), Ensulo (East Africa), Life of Bim (West Africa), Savannah Skies (Southern Africa) and The Painting (Southern Africa), which were produced by students of MTF’s class of 2019 and culminated the 12-month immersion programme, aimed at developing the next generation of African film and TV creatives.

More about the team behind Promises:

Apart from being an award-winning director, Kenyan Karanja Ng’endo just returned from Germany after completing a film program at Film Academy Baden-Württemberg and his short film ‘Misfit’ a fictional film on albinism in Kenya has been selected for photo contest by the King Baudouin Foundation in Belgium.

Ugandan born, Casey Lugada is a director and editor who is currently honing his filmmaking skills at the University of Passau in Germany. After completing his studies, Casey plans to come back to Uganda share the knowledge gained. “I feel like it’s important that we come back and invest into our local communities and make sure that the investment that MultiChoice has put in goes the extra mile and goes all the way through.”

Jane Moshi was one of three MTF academy students awarded with a 2-week Bollywood production internship. The Tanzanian who has a background in theatre got to hone her craft on the world’s biggest film industry. Upon return, Jane shared her experiences with the current class of the MTF East Africa Academy. She’s currently a Production Manager for a series called ‘Next Semester’ being shot is Dar Es Salaam.

Born in Addis Ababa, Fisehatsion studied and worked in IT for 5 years. He completed a videography and photography course prior to joining the MultiChoice Talent Factory Academy. He recently worked on ‘Gardula: Land of music’ a documentary about Ethiopian traditional music and produced, directed and edited a music video. He is also working on another documentary with a very well-known Ethiopian female director.

The future certainly looks bright for Africa’s emerging filmmakers and we could not have done it without our partners! At MultiChoice, we believe in the power of partnerships and are grateful to these partners; the New York Film Academy of Visual and Performing Arts (NYFA), DOLBY, Jasco Broadcast Solutions, Nihilent, the Pan Atlantic University (PAC) in Lagos; Kenyatta University in Nairobi; University of Zambia in Lusaka, the Henley Business School and the MTF East, West and Southern Africa Advisory Boards for ensuring that Africa’s creative industries are empowered to tell authentic stories to a global audience.

Have you registered on the MultiChoice Talent Factory portal? Join over 25 000 creatives who are expanding their network and showcasing their talent!  The portal is a pan-African, film and television digital marketplace for information about all aspects of this creative industry. #SignUp2MTF

If you have any questions about the MultiChoice Talent Factory, please contact us on info@multichoicetalentfactory.com