MultiChoice Group and its partners use cookies to help deliver services and for advertising purposes (see details in Privacy Policy ) By using this site you agree to this. You can change your cookie settings in your browser.
Ground-breaking, agreement, MultiChoice, Eastern Cape, Province, opportunities, sport, creative, industries
Media: 05 March 2020

A ground-breaking agreement between the Eastern Cape’s Department of Sports, Recreation, Arts and Culture (DSRAC) and MultiChoice Group (MCG) will see a multi-pronged unlocking of opportunities in the creative industries and sport, with the staging of sport events and infrastructure development. 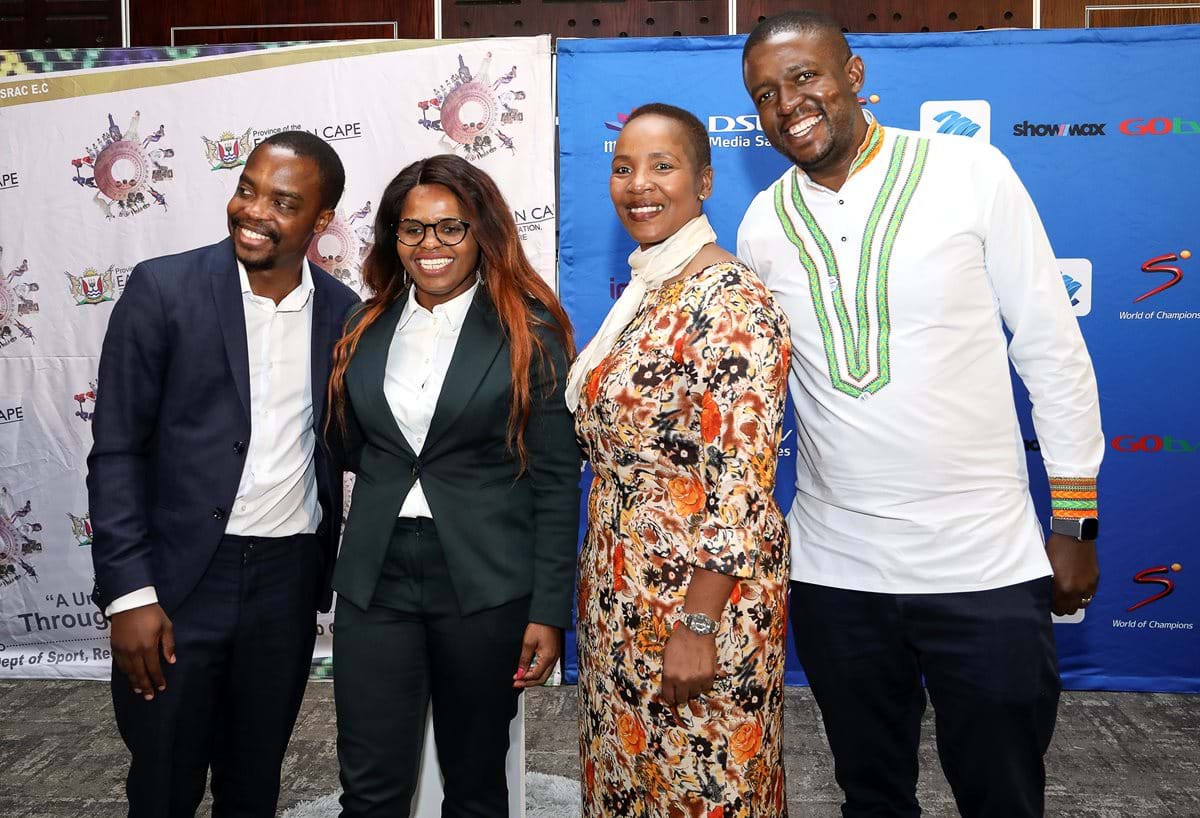 The collaboration, which is in line with government’s aim to partner with the private sector to contribute to economic growth and recreation, will see MultiChoice bringing football and rugby games to the province, promoting netball in the province and supporting the film-making industry through skills development and locally-relevant content for the community TV sector in the province.

“We remain committed as we have always been, to ensuring the growth and development of talent in Eastern Cape. Whether on the sports field, on stage or on screen, we are proud to contribute to the building of a strong talent pipeline that takes South Africa’s stories from our communities to the world,” says Mr. Jabavu Heshu, MultiChoice Group Executive of Corporate Affairs.

Ms. Fezeka Bayeni, MEC for Sports, Recreation, Arts and Culture says: “The construction of a multi-purpose sports facility and the revitalisation of the film sector will contribute to our goal of taking the youth off the streets and improving the quality of their lives. We are thankful to our private partner, MultiChoice, for their contribution in adding a lasting mark that can change the lives of people in our province. Today marks a day where we demonstrate, as President Cyril Ramaphosa said, how social compacting can contribute to society in a meaningful, positive way.”

The relationship between MCG and the Eastern Cape government has already resulted in investment towards sports development, through initiatives such as the MultiChoice Diski Challenge (MDC), SuperSport Let’s Play fields and the SuperSport Rugby Challenge (SRC), as well as the province’s enterprising community TV station, BayTV.

This weekend the Sisa Dukashe Stadium in Mdantsane will be a hive of activity with an array of MDC fixtures as the league draws to a fascinating finish.

Further than the borders of South Africa, the Eastern Cape is renowned as the home of rugby, hence this partnership ascertains the continued staging of the SuperSport Rugby Challenge in the province.

Further to that, we are proud to announce the construction of a multi-purpose sport field in Lusikisiki that would further see the enhancement of sport development and infrastructure support across the province.

In January, the DSRAC and MCG successfully hosted a three-day masterclass for aspiring filmmakers right here at the ICC. Cementing how a true Public-Private Partnership yields results, the Masterclass were well received and anchored, among others, by respected filmmakers such as Jahmil XT Qubeka.

In addition, MCG has invested in the development of local content in the province, the latest investment was the highly acclaimed movie Knuckle City, directed by Qubeka.

Later today, further proving the mettle and weight of the province in the arts fraternity, the National Film and Video Foundation, which is an integral part of the National Department of Sport, Arts and Culture will be launching the Eastern Cape Film Hub right here in the Buffalo City Municipality, a welcomed development.

In a few months’ time, the arts fraternity will be descending in Makhanda for the National Arts Festival, another milestone event that continues to receive valuable support from MultiChoice with attributes of a working partnership between the video entertainment company and DSRAC.