MultiChoice Group and its partners use cookies to help deliver services and for advertising purposes (see details in Privacy Policy ) By using this site you agree to this. You can change your cookie settings in your browser.
Media: 02 August 2018

Telling the African story from a different perspective through technology 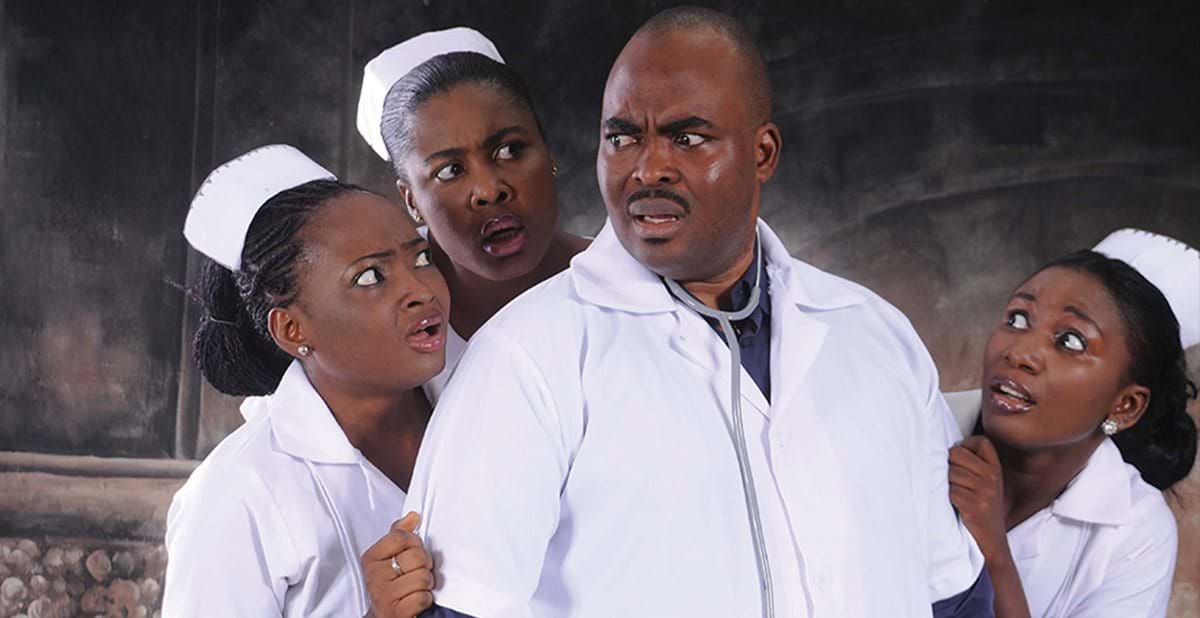 Very few things can win the hearts and minds of many in the way that film in West Africa has.

What sets this particular film industry apart from those in other African countries is that storylines are deeply rooted in everyday life, which is why industries such as Nigeria’s Nollywood and Ghana’s equivalent have managed to be fan favourites from as far as Rwanda to all the way in South Africa.

West Africa’s film industry, however, like many others, didn’t bloom in isolation.For renowned filmmakers and film industry leaders like Nigeria’s Femi Odugbemi, his journey into filmmaking was through photography.

“[Where I] grew up I lived near a photographer. He was the one that all the kids went to look at when he took photographs because we all had never really seen a camera. Maybe that was my beginning,” says Odugbemi. “I really remember very clearly the joy I felt watching him tell stories with his camera. And I loved the idea that he was shaping how people looked. I’m talking way back - 1967, 1968.”

Cinemas showing Indian and Chinese films were a plenty in 1960s Lagos, and Odgbemi savoured it, unearthing his love for storytelling and leading him into filmmaking. He has since become one of Nigeria’s and West Africa’s most prolific film and television industry professionals. The legacy he continues to craft is a deliberately steep for those that will come after him, and his intentions are to make sure that content and storytelling from Nollywood is rooted in craft and authenticity.

Insights from the World Bank explain that Nollywood creates up to 50 films a week, and up to 1,200 films a year. Hollywood and Bollywood, by extension, can produce up to 800 and 1600 films respectively. Hollywood also leads the way in terms of global industry size, followed by Bollywood and Nollywood comes third.

Despite the small budget, Nollywood is a part of almost every household on the continent. More recently, the smash-hit 2016 film “The Wedding Party”, directed by music video, television and film extraordinaire Kemi Adetiba, became the highest-grossing Nollywood film of all time. According to Quartz, it reportedly raked in just over 300 million naira (roughly over 800,000 US dollars) in Nigeria alone. The film’s 2017 sequel raked in over 70 million naira (around 200,000 US dollars) in its opening weekend.

In dollars, these may be small numbers for those comparing it to Hollywood and Bollywood hit films, but certainly not for Nigeria. “The Wedding Party” not only proved that Nollywood can go on to the big screen in Nigeria and compete with the staple Hollywood films, but it also set the bar for a new kind of Nollywood, where simple but authentic storytelling and high quality production are the key ingredients to make a film that can fill local and continental cinema seats.

High quality films such as “The Wedding Party” are not however as prevalent as they should be, which points to the fact that the level of technical skills among many Nigerian filmmakers are still a work in progress.

“Nigerian cinema 10 to 15 years ago was challenging. It’s better in lighting, audio even in production design. It’s getting better,” Odugbemi explains. “Proficiency and efficiency is good, [but] excellence is really ideal, and to be excellent in a consistent form. That is the goal of every winning industry.”

High quality film production and shooting runs throughout Odugbemi’s career, especially with involvement in top shows such as Nigerian soapie “Tinsel”, the much-loved film “Gidi Blues” and executive producing boundary-pushing recent films such as “The Eve”.

“Tinsel” which aired in 2008, was the first daily soap opera on the M-Net network in Nigeria at the time. His more recent Africa Magic soap opera “Battleground” is testament to the continued drive for high-quality content both on screen and behind the camera.

Alongside his legacy as one of the most important figures in Nollywood, his track record of consistency has recently earned him voting membership at the Academy of Motion Picture Arts and Sciences in the United States.

His latest role as the West Africa academy director for the Multichoice Talent Factory will also mean that Odugbemi’s talent and fine-tuned kills from decades of working in Nollywood will be passed on to the next generation of Nigerian filmmakers, many of whom need a strong basis of film training.

Training is such an important next step for our industry. It’s got to become a foundational pillar [for] our industry,” says Odugbemi. “Every industry that prospers, whether it is architecture or sciences, its underpinning pillar is professional training. [We need] to pass that training on to generation next so that there is constant improvements in the outcome.”

Training as the key to authenticity

For young Ghanaian filmmaker Togbe Gavua, his training became a double-edged sword at his first attempts behind the camera. After completing film school studies in Vancouver, Gavua moved back to Ghana in 2014 with an itch to use his knowledge for filmmaking. He learned the Hollywood way, but what awaited him was different.

“I was privileged [to have been] trained in North America, in the Hollywood system. I was initially very spoiled in the sense that certain roles and certain [parts] within the film reel that I expected to exist did not exist out here,” says Gavua. “It was up to me to step up and fill in those positions.”

Gavua has to do what most filmmakers did - retrofit his Hollywood knowledge with Ghanaian storytelling and film style in order to make a balanced film. Like Nollywood, Ghana’s film industry thrives from a strong home base. In the 1990s, however, Ghana’s film market had to battle that of Nigeria, as Nollywood films flooded the Ghanaian market. Nollywood’s size at the time was already burgeoning.

Today, filmmakers like Gavua are proving that while Nollywood still remains a household name, a new wave of Ghanaian films and industry creatives are working hard to create local films and television for Ghanaians and by Ghanaians.

Gavua’s 2015 debut short film “Sophie”, which he wrote and directed, proved exactly that when it picked up a Silicon Valley Africa award in California, as well as an award in Ghana. It also gave Gavua the validation he needed to continue creating films in Ghana and for Ghanaians.

“It made me feel good that a project that I put my heart into was appreciated by [local] audiences. It did way better than I expected it to,” he explains. “[Sophie] was one of those projects where I just really wanted to get my hands into something outside the film school circuit. I just wanted to prove to myself that I can make a coherent film.”

His next film “Lucky” which is his first full-length feature film, is bursting with the energy and richness of everyday Ghanaian life through the eyes of university student Lucky. It’s set for release this year, and was shot in 13 days. Despite a stellar storyline and equally strong screenplay, Gavua’s biggest challenge was making sure that he continued to create high-quality films, especially on the back of “Sophie” and its success and standard.

High quality production invariably means more money, none of which young filmmakers often have on hand. Getting local investors in local film would be another hurdle, especially when local film industries like Kumawood are notorious for small budgets and low quality finished products.

“In this part of the world, especially in West Africa, it’s difficult to let investors understand how they can make their money back from investing in a film. Most of the films here don’t really put that big amount of money in the product, so it’s just difficult to get investors to wrap their head around investing into the film in order to get high quality,” says Gavua.

“Lucky” managed to get investors, but Ghana still grapples with fully formalising and structuring its entire industry and distribution market. This is even despite the country’s parliament passing a bill to regulate locally-produced films. The Development and Classification of Film Bill also aims to push for a legal framework on the development, distribution, exhibition and marketing of films. It’s a clear indication from some of the highest offices in the land that more formalised structure and oversight is needed in Ghana’s film industry as a whole.

For the lucky few like Gavua, who formally studied filmmaking, managing the shortfalls of the industry will be difficult but not impossible, as they can fall back on their training, patch the gaping holes and produce quality films.

For the rest, whether as a professional by experience alone, or looking to learn from the experts, a lack of formalised training could become a stumbling block for their work in future.

Film is a craft, after all, and one that needs to be studied in order to create authentic African stories. This is Gavua’s most important talisman as he continues his journey into filmmaking.

“Film and cinema is a language of its own, it’s a whole entire craft that must be studied and understood. I feel like that’s where we’re lacking in Kumawood and in the Ghana film industry in general - just understanding the language of cinema and telling our everyday stories in that language,” he says."