MultiChoice Group and its partners use cookies to help deliver services and for advertising purposes (see details in Privacy Policy ) By using this site you agree to this. You can change your cookie settings in your browser.

In 1998, Angola’s video entertainment industry was irrevocably changed with the launch of the country’s first satellite TV service, DStv. More than just pay-TV, the new service opened Angola to the rest of the world. MultiChoice pioneered investments in cutting-edge satellite infrastructure and an award-winning decoder that transformed the way Angolans viewed video entertainment.

After 20 years of partnership with Jembas Assistência Técnica, the successful Joint Venture (JV) conversion led to the constitution of MultiChoice Angola Limitada on 6 February 2019, opening a new path to demonstrate the company’s continuous commitment to the country.

Unbeatable content, that’s what we are renowned for. We deliver the best video entertainment experience in Angola. We share the best local and international stories, provide access to nail-biting sport action (some with Portuguese commentary) and up-to-the-minute news as well as international series, movies, documentaries and children’s entertainment. Our range of DStv packages offer all this at a price that Angolans can afford, putting the very best entertainment in the heart of every home. 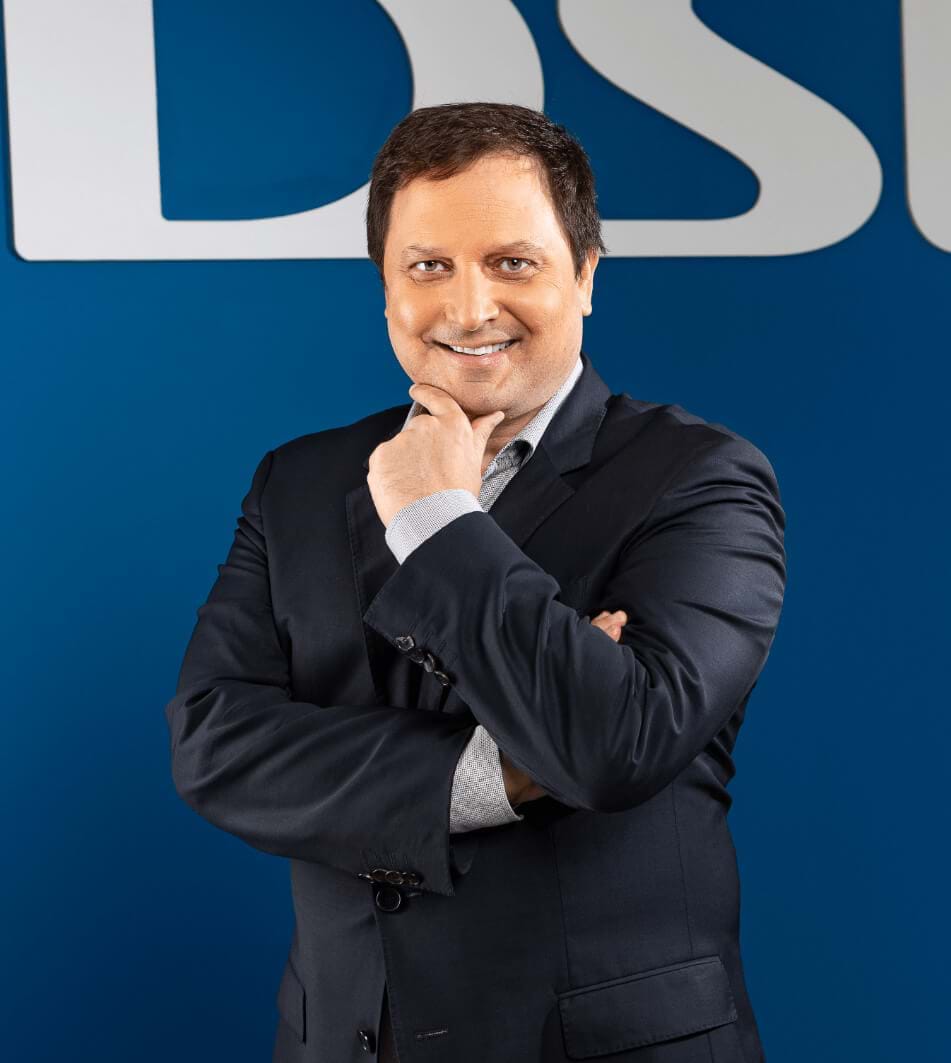 Building on this solid foundation, MultiChoice Angola set about forging relationships with partners throughout the nation. These partnerships have fuelled the growth of the business, and today MultiChoice Angola boasts 25 branches, 710 sales points, 460 agents and 250 certified installers in communities across the country.

Every day, this national network helps to bring the world closer to Angola with the very latest in television entertainment, while simultaneously empowering local entrepreneurs and the communities they support.

It also enables MultiChoice Angola to invest in the training and development of its people – more than 1,000 to date – as well as providing employment for Angolans, which currently tops 333 direct people.

MultiChoice Angola is proud to be a responsible contributor to the Angolan economy, through its strict compliance and governance structures. Collectively these efforts saw MultiChoice Angola directly contributing more than US $9m to Angola’s GDP in 2019 and enriching the lives of people in need through value-driven corporate social value initiatives such as the MultiChoice Talent Factory which aims to ignite Africa’s creative industries through training and skills development of aspiring Angolan filmmakers.

At the heart of MultiChoice Angola lies its commitment to bringing African stories to life like never before. With 4 channels dedicated to homegrown content, MultiChoice provides a platform to local entrepreneurs and producers to tell their stories in a creative and truly Angolan way.

Key to this inspiring, entertaining, enriching content is the MultiChoice Talent Factory (MTF) – a 12-month, fully-funded training programme aimed at upskilling the next generation of passionate young African film creatives whose productions will one day grace African and global screens.In 2018, Emanuel Goncalves and Leandro Lima represented Angola at the MTF Academy in Southern Africa. This year, Paulo Idalecio da Silva Joao and Adriano Vunda Dizongo are holding the flame of Angolan creativity high as they hone their television and film production skills. Moreover, this initiative is helping to ignite the discussions around the state of the industry in Angola. 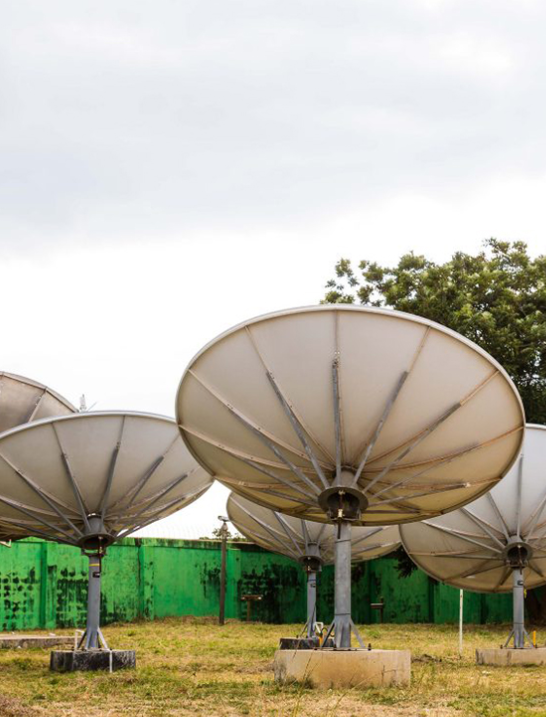 All of this is made possible by MultiChoice Angola’s predominantly local (98%) workforce, who come together every day as one united family to deliver the absolute best in service and world-class entertainment. We honour our employees by rewarding and recognising those with outstanding work ethics and innovative ideas and nurture their inherent talents by investing in their passions and purpose outside of the workplace. Over the past 22 years in Angola, we have faced many challenging as well as deeply gratifying times. Despite those changes, and whatever the future holds, we remain committed to this country. As the adage goes, ‘Any visitor to the country who drinks from the River Bengo will never want to leave’. We have drunk from that river and can honestly say, we never want to leave 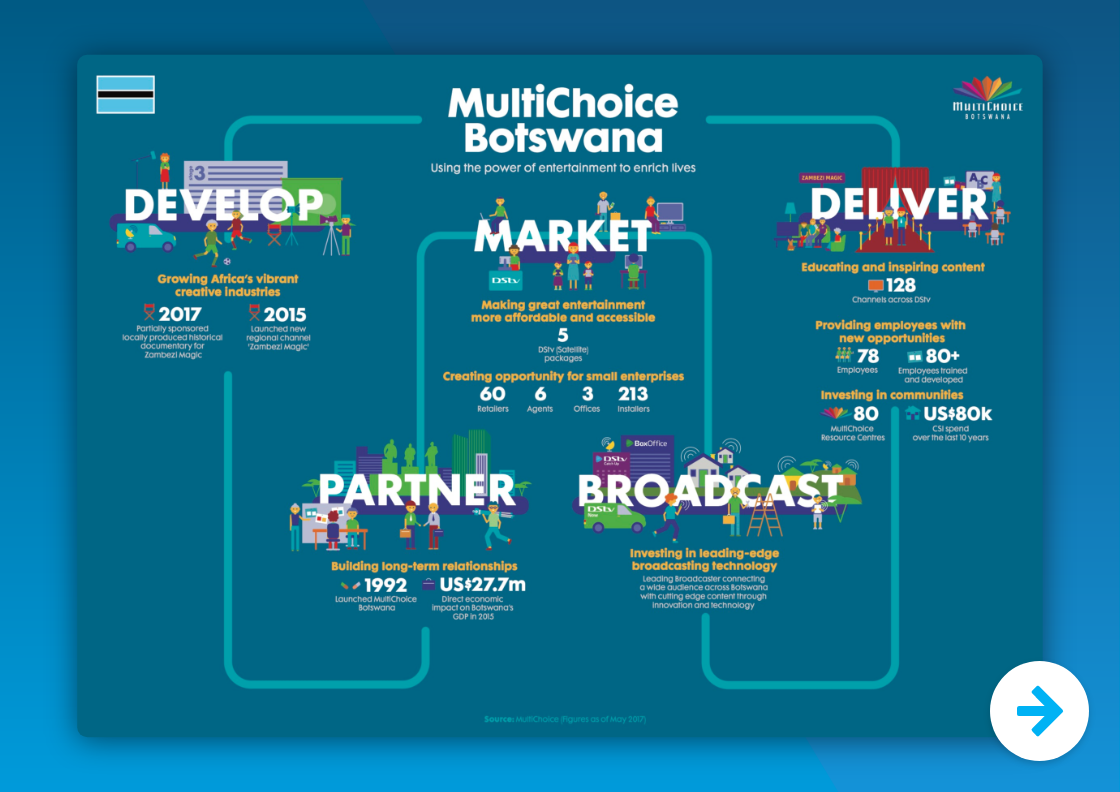 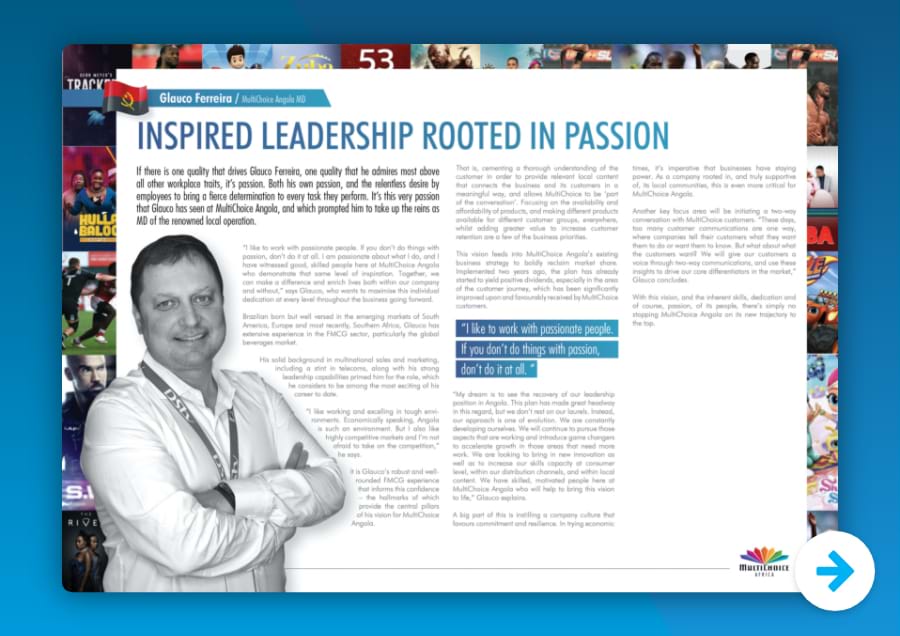